The Viking Ship Museum in Oslo Norway houses three Viking ships dating back to the ninth century.  These old sailing ships were once encased in a layer of clay but were well preserved.

The Viking Ship Museum is one of the most popular tourist destinations for visitors to Oslo. 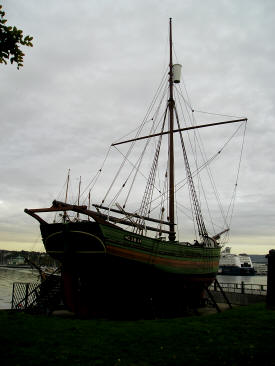 The museum is located near other museums on the Bygdoy Peninsula which can be reached by bus or ferry from the city center of Oslo Norway.