The Fram Museum in Oslo Norway houses Gjoa, the famous sealing-vessel, considered by some to be the strongest boat in the world.

In 1906, the Norwegian explorer, Roald Amundsen sailed this vessel through Canada's Northwest Passage.  The journey took three years to complete and required the crew to spend two cold winters in Canada's north.

Amundsen succeeded in doing what his predecessors (Christopher Columbus, John Cabot, and Henry Hudson) failed to do. 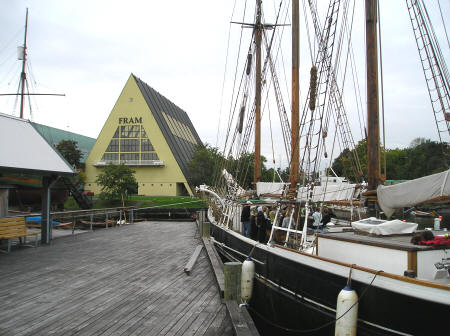 In 1912, Amundsen sailed this vessel to within a very short distance of the south pole. His men then reached the south pole by land, beating Captain Scott to the punch by just 35 days.

The museum is located near other museums on the Bygdoy Peninsula which can be reached by bus or ferry from Oslo Norway.