The Nobel Peace Center in Oslo Norway was established in 2005.  The exhibits at the center pays homage to the Nobel laureates and to the Swedish industrialist and inventor, Alfred Nobel. 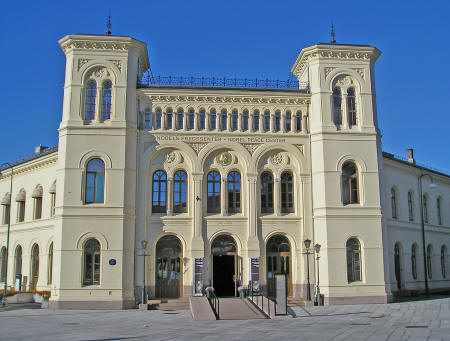 As per Alfred Nobel's wishes, the Nobel Peace Prize is awarded each year in Oslo "to the person who shall have done the most or the best work for fraternity between the nations, for the abolition or reduction of standing armies and for the holding and promotion of peace congresses".